At this month’s meeting, we are happy to partner with IAHSS at our Annual Joint Meeting. We have an interesting speaker whom you have seen at our meetings, expos, and on TV! Todd McGhee will be speaking about the current ISIS threat that is developing each day in the news. Todd will also be discussing the methods of behavioral analysis that can be used for counterterrorism. This is a must attend! 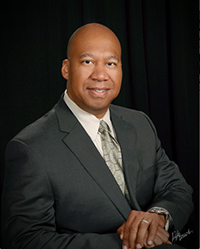 Mr. Todd McGhee is a highly respected authority in the field of proactive threat mitigation strategies for securing critical infrastructures. He started his law enforcement career in 1987 and has recently retired from the Massachusetts Department of State Police after serving twenty four successful years in public safety. As part of an elite group, since 9-11 he has used his expertise proactively to combat the threat of terrorism by deterring aggression or attack in high-risk mass transit environments, category X international airports, health care facilities, sport event venues, and maritime operations.

Today, Mr. McGhee serves as Managing Partner and is a Co-founder of Protecting the Homeland Innovations, LLC training firm (PHI, LLC) where he has authored the P.A.T.R.I.O.T. Training System® and the Security Awareness and Vigilance for Everyone™ (S.A.V.E.™) course curriculums which are approved training courses sponsored by the Department of Homeland Security and appear in the DHS/FEMA State Sponsored Course Catalogue positioning his training firm as the only privately held DHS approved course to train behavior analytics methods to federal grant recipient agencies. Mr. McGhee’s security training firm PHI, LLC has a training cadre of 30 trainers who are all former or active police officers and travel across the country delivering proactive security measures to law enforcement officials and frontline civilian employees.

Mr. McGhee has held a seat on the Monadnock Police Training Advisory Board since May 2005 and prior to his retirement, he was assigned to the Massachusetts State Police Troop F Headquarters at Logan International Airports Massport Authority as a specially trained officer and lead trainer of their Anti-Terrorism Unit. Mr. McGhee served as the former Defensive Tactics Coordinator for the Department of State Police, a role he had held since 1998. Mr. McGhee also consults privately as an expert witness in Use of Force related matters, defending police departments and law enforcement professionals against excessive force claims.

Mr. McGhee’s accomplishments are many and include but are not limited to piloting programs that effectively impact high risk behavior as well as tactical methodology. Due to his outstanding groundbreaking work, he has been featured in Time Magazine as a member of Logan Airport Homeland Security detail where he has served as one the lead trainers of the State Police Anti-Terrorism Unit. In acknowledgement of his pioneering work, he has also been featured on ABC Nightline in a segment titled “Deceit Detectives,” which demonstrated Logan Airport as the safest airport in the United States. In the start of his second career he has made several appearances on Fox 25 News as a commentator, providing insight on domestic terrorist related case studies.

Throughout his years of experience, he has trained in twenty five recruit academies and has the privilege to train thousands of frontline civilian employees and public safety professionals at the federal, state, and local level from hundreds of agencies including Federal Bureau of Investigation, Federal Air Marshals Service, USSS, Homeland Security Customs and Immigration, CIA, Naval Intelligence Agency, TSA, and NYPD Counter-Terrorism Division to name a few.

As a highly dedicated and ambitious professional, he thrives on imparting his knowledge and expertise as a trainer/instructor and is committed to helping lessen the dangers of potentially hazardous or life-threatening situations. To that end, he works closely with governmental agencies at the local, county, state and federal levels of jurisdiction. Trained in various crisis situations, he has received countless certifications, which include:

Mr. McGhee earned a Bachelors Degree in Criminal Justice from Northeastern University and a Masters Degree in Criminal Justice from Anna Maria College in Massachusetts. As a sought after professional, his experience in planning, implementing, training and executing highly effective tactical training programs has made him an invaluable pacesetter with a remarkable talent for achieving extraordinary results.